From the set of the Martyrdoms of the Twelve Apostles, ca. 1510.
Strong impression, trimmed on or within the black outline.

The four representations of the martyrdoms of Thomas, Jacobus, Philipus und Judas listed here belong to the extremely rare series of the martyrdoms of the twelve apostles. the illustrations are based on the Legenda aurea, the golden legend, which was created at the end of the 13th century. The Genoese Archbishop Jacobus de Voragine wrote the text around 1264. In the early days of the printed book, the text had no fewer than 70 editions from 1460 and was one of the most popular books of the Middle Ages. The Christian martyrs are executed in front of a large, packed crowd by pagan executioners. Lucas Cranach’s drastic, detailed description of the moment of execution is reinforced by the somewhat larger depiction of the apostles and at the same time the firmness and strength of the Christian faith are conveyed. The woodcuts are classified as 1512 due to their stylistic affinity with the Passion series from 1509. At the time of their creation, there are only single sheet prints of the woodcuts and these can also be found very rarely in museums. There are only three known proofs with the text but without the title and colophon. A book edition was only printed by Symphorian Reinhart in 1539, but only one bound copy is known. Even for Cranach’s early biographer Joseph Heller, these depictions were among the best works by Lukas Cranach and are a great rarity on the market.

The background of Cranach’s art

With the extinction of the dukes of Askanien Castle and rulers of Saxony – Wittenberg in 1423, the Wettins were able to add the Duchy of Saxony in addition to their margraviate of Meissen and their Thuringian possessions. According to the Golden Bull of 1356, the electoral dignity was also connected with the territory on the middle Elbe. Since then, the Margraves of Meissen were also dukes and electors and belonged to the most important princes in the empire. The lucrative mining and trade and a stable administrative system made this territory one of the most powerful in the Holy Roman Empire.
On June 17, 1485, the brothers Ernst and Albrecht the Brave agreed in Leipzig to separate their possessions, which they had previously ruled together. Two Wettin lines were created; The Ernestines and the Albertines. The Ernestines ruled the Duchy of Saxony around Wittenberg with the Electorate and the Thuringian territories in the Mark of Meissen. In 1486 Ernst died and his son Frederick II the Wise succeeded him. He chose Wittenberg as his new residence, founded the university in 1502 and hired Lucas Cranach the Elder as court painter in 1505. In the first half of the 16th century, the city rapidly developed into one of the most important centers of science and the arts in the Holy Roman Empire. In a very short time the court of the Elector of Saxony gained importance and prestige. He was a supporter and patron of Martin Luther who allegedly posted his 95 theses at the castle church in Wittenberg in 1517 and thus caused a public discussion. Frederick the Wise died in 1525 and was succeeded by his brother John the Steadfast. He founded the Evangelical Lutheran State Church of which he was the “supreme bishop” of the Elector. Tensions between the emperor came to a peak and John Frederick founded the Schmalkaldic League of the Protestant Imperial Estates. The tensions led to the Schmalkaldic War, which the League lost in 1547 with the decisive battle of Mühlberg, costing Johann Friedrich his freedom, the electorship and most of his possessions. 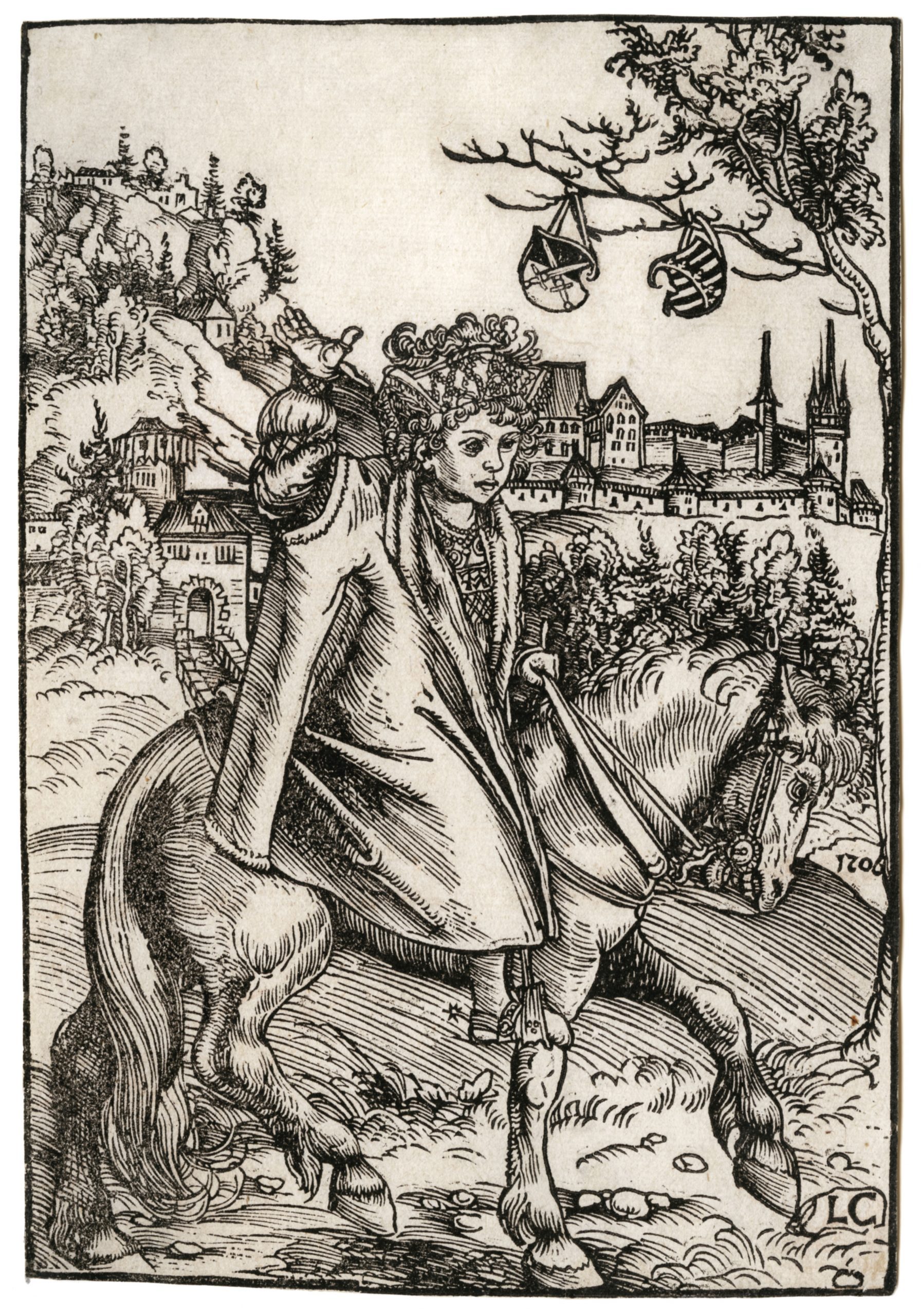 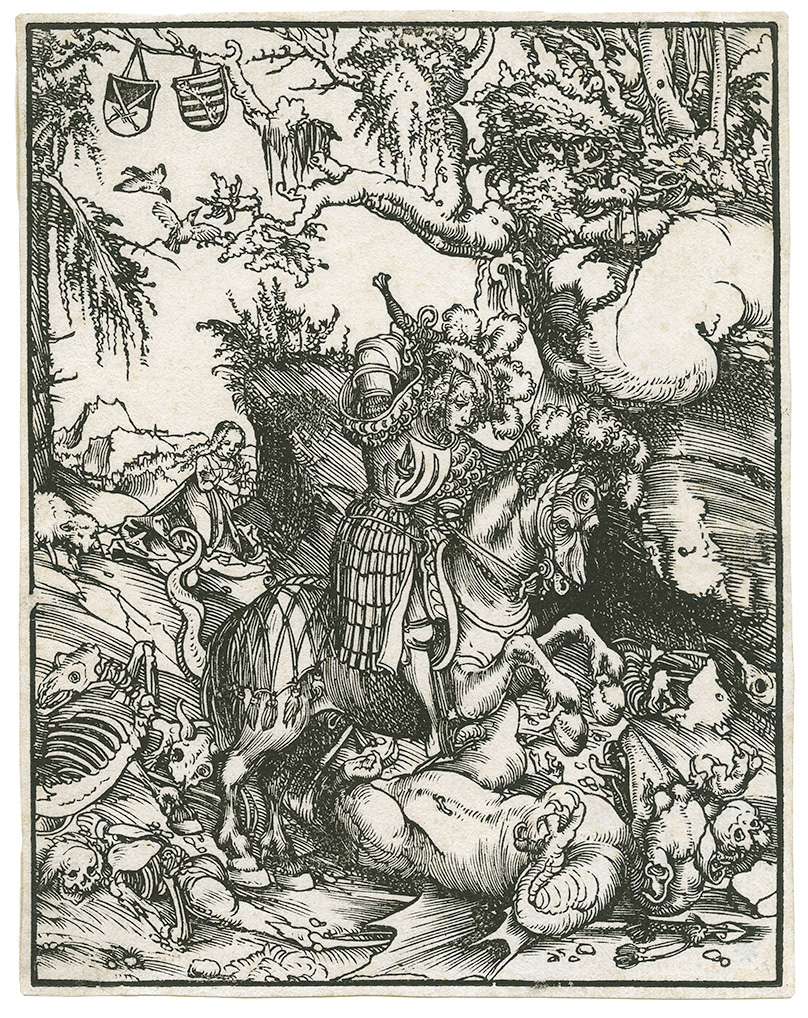 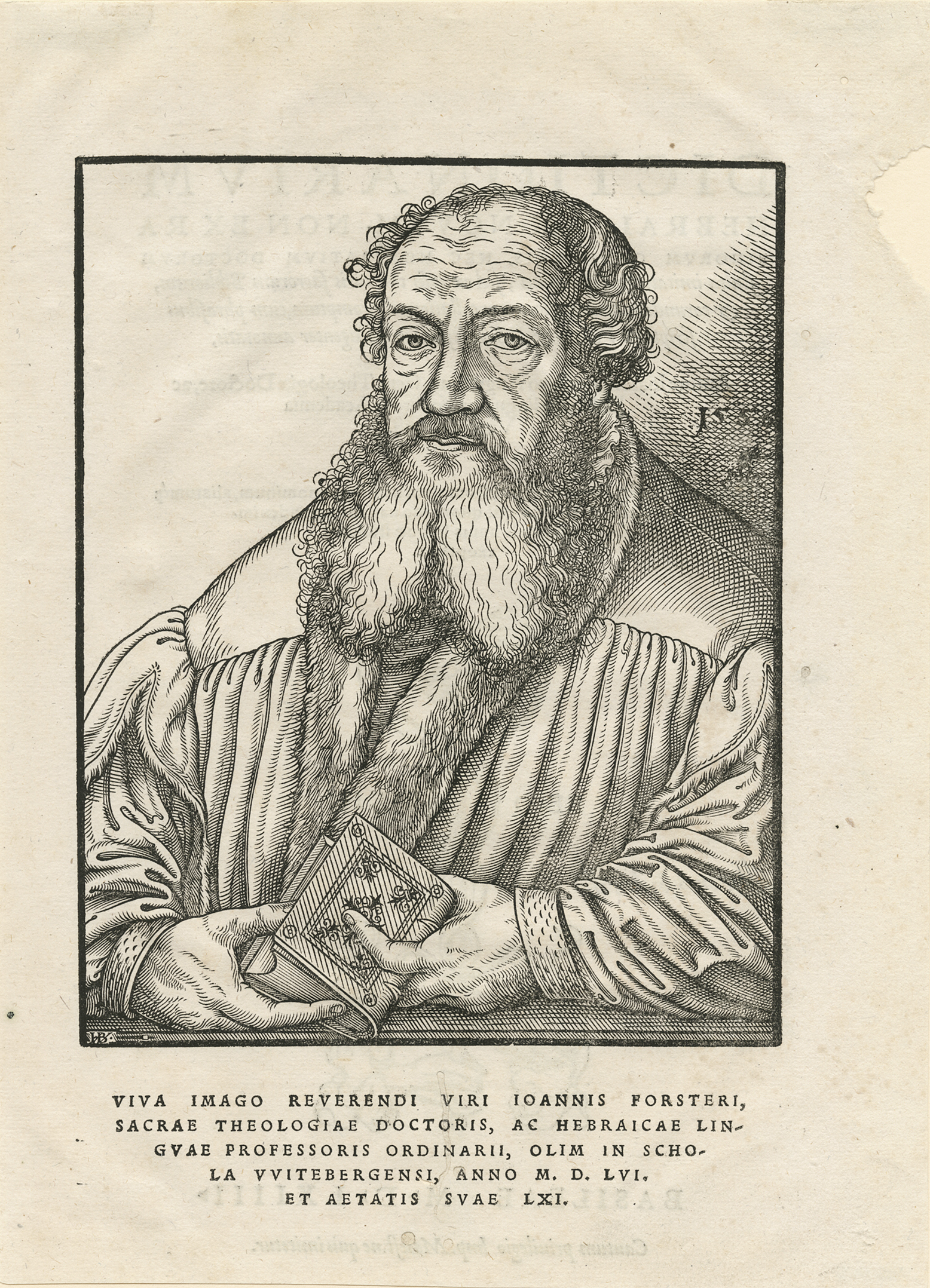 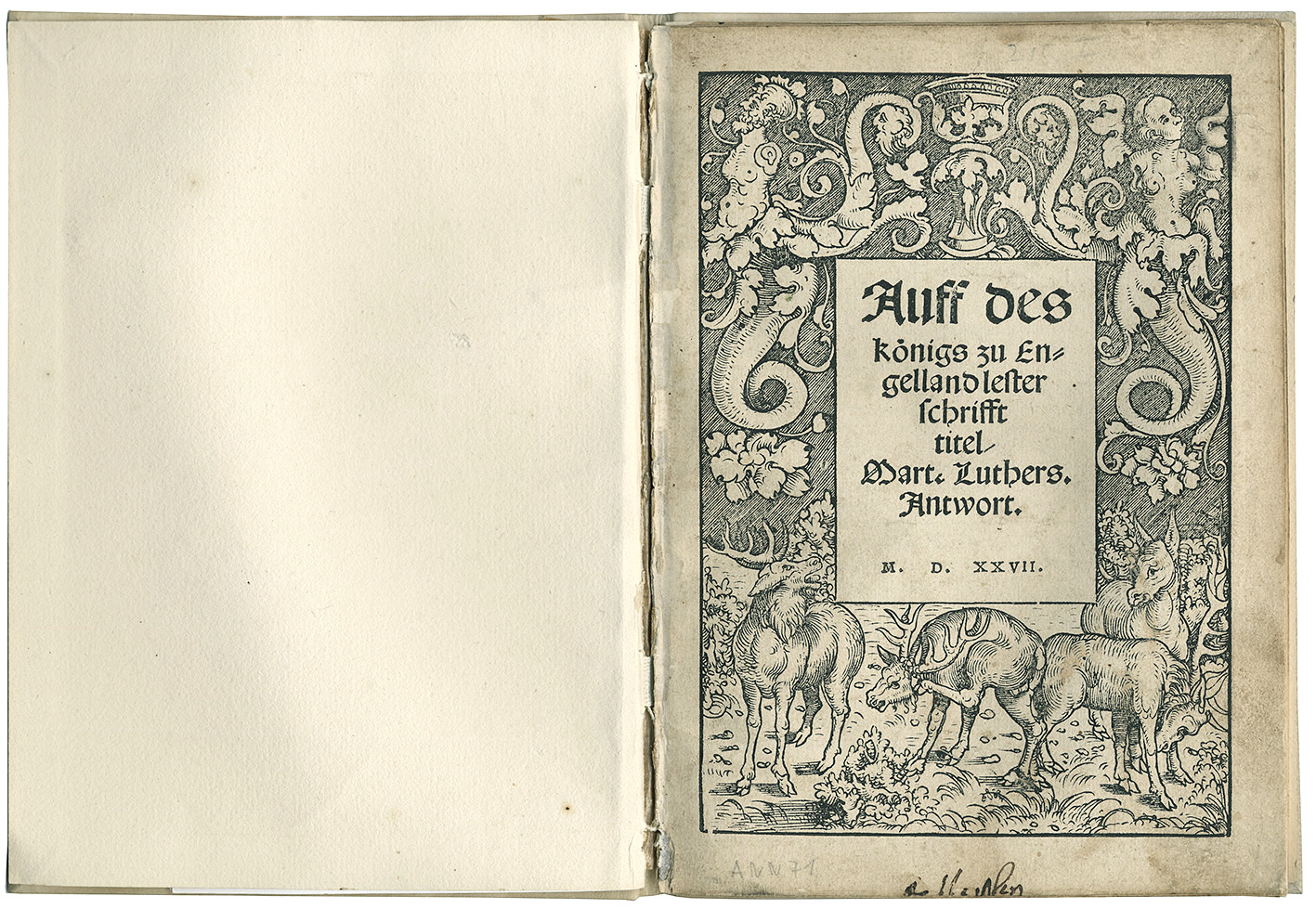 Lucas Cranach’s first graphic works were created during his stay in Vienna around 1501/03. From the beginning of his artistic career, Cranach considered printmaking an important task. Economic considerations led him to prefer woodcut to copperplate engraving. With woodblock printing, prints could be made in almost unlimited quantities on the same platen press used for letterpress printing. Image and text printing could be combined quickly and with little effort in the case of single-leaf woodcuts and book illustrations. In copperplate engraving, on the other hand, as an intaglio process, the ink must be drawn from the engraved lines, which requires a roller press with much higher pressure.

The production of a woodcut required a division of labour between the designer, the engraver, and the form cutter. Because of the very different cutting methods used in Cranach’s work, it can be assumed that he employed several form cutters in Wittenberg. They cut the printing blocks. As court painter from 1505 until his death in 1553, Cranach determined the pictorial representation of the most powerful dynasty after the Habsburg imperial court. In addition to the usual craft activities such as painting and gilding, the court painter also worked on designs for court garments, flags and festive decorations. His primary activity, however, consisted of representative paintings that served to decorate the electoral residences, but also served in diplomatic dealings as gifts to friendly courts. For this purpose, Cranach’s workshop produced countless portraits, mythological and biblical histories, and depictions of hunting and tournaments.

The early patronage of the Saxon electors for Luther and his connection to the Cranach family meant that the Cranach workshop played an important role in the spread of Reformation ideas. Immediately with the beginning of the Reformation Lucas Cranach began with the production of propagandistic prints and mocking pictures which experienced an immense spreading as leaflets. In the process, a change in the pictorial language took place, especially in the Protestant world. The court slowly began to replace the church as the most important patron of the arts. The reference to the client is reinforced by the Saxon double coat of arms, which Cranach used from the beginning of his activity as a court painter.

The history of the graphic arts in Saxony only begins with the appointment of the Franconian painter Lucas Cranach as court painter to John Frederick the Wise in Wittenberg in 1505.
For the next half century, Lucas Cranach’s remained the dominant influence not only in Wittenberg and Leipzig, but also in the Lower Saxon districts farther north, although smaller artists flourished in some outlying places such as Halberstadt. The Saxon letterpress printer, draftsman and form cutter Jacob Lucius also known as, Master of the Adoration of the Shepherds, was in Wittenberg since 1556 and worked successfully for Hans Lufft. He moved to Rostock in 1564 and in 1576 he was in Helmstedt permanently where he died of the plague in 1597.
Hans Brosamer’s artistic training probably also took place in the environment of the Saxon Cranach circle. Shortly thereafter we find him in Nuremberg, where he first worked as a portrait painter and later also produced the first woodcuts. Under the influence of Nuremberg, his style changed from Georg Lemberger’s painterly vocabulary of curly lines to a smoother and calmer art of drawing. Hans Brosamer worked for various printers throughout the empire beginning in the mid-1520s. Brosamer provided the magnificent illustrations for Peter Apian’s … in Ingolstadt, published between 1532 and 1540. 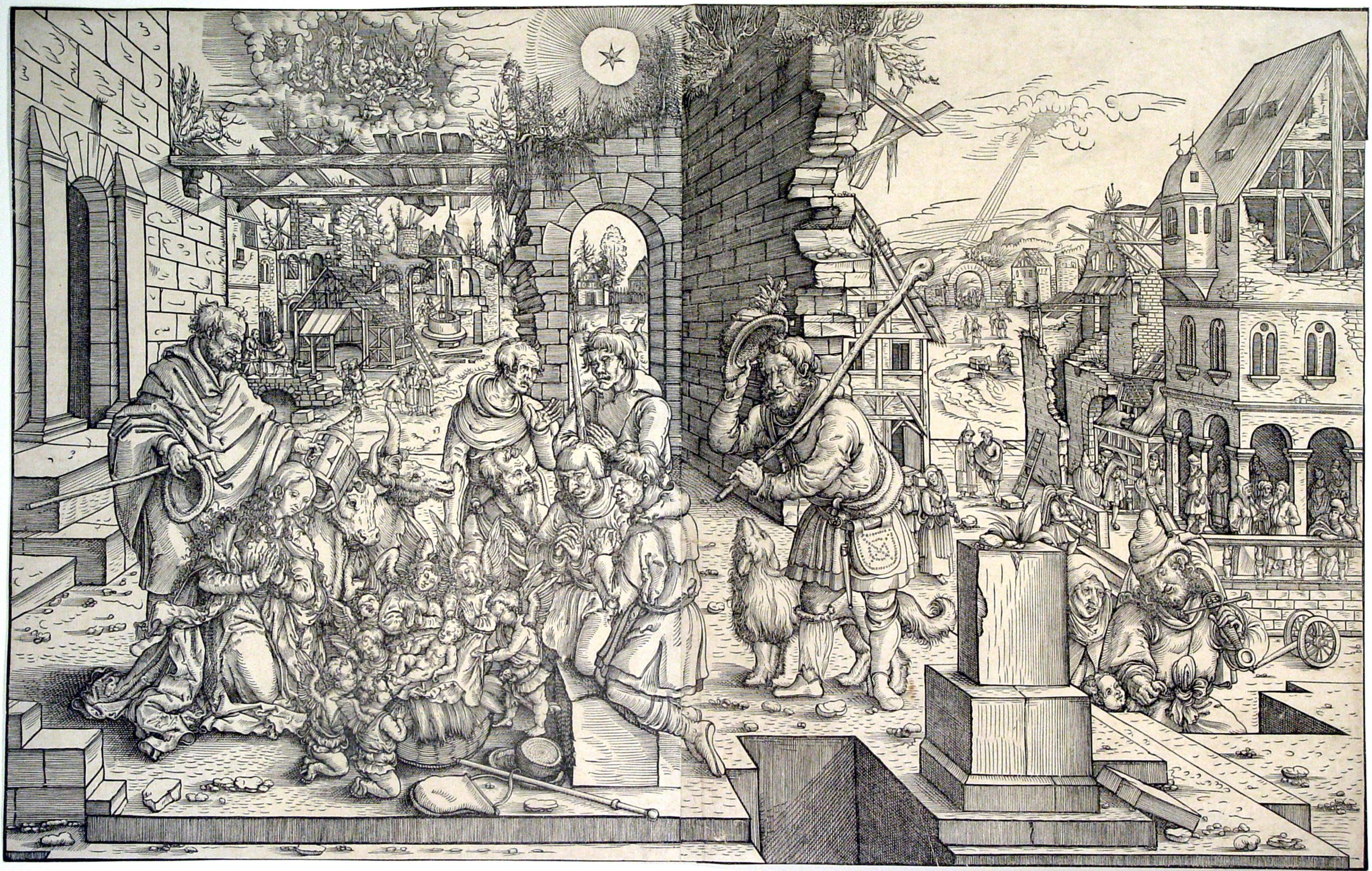 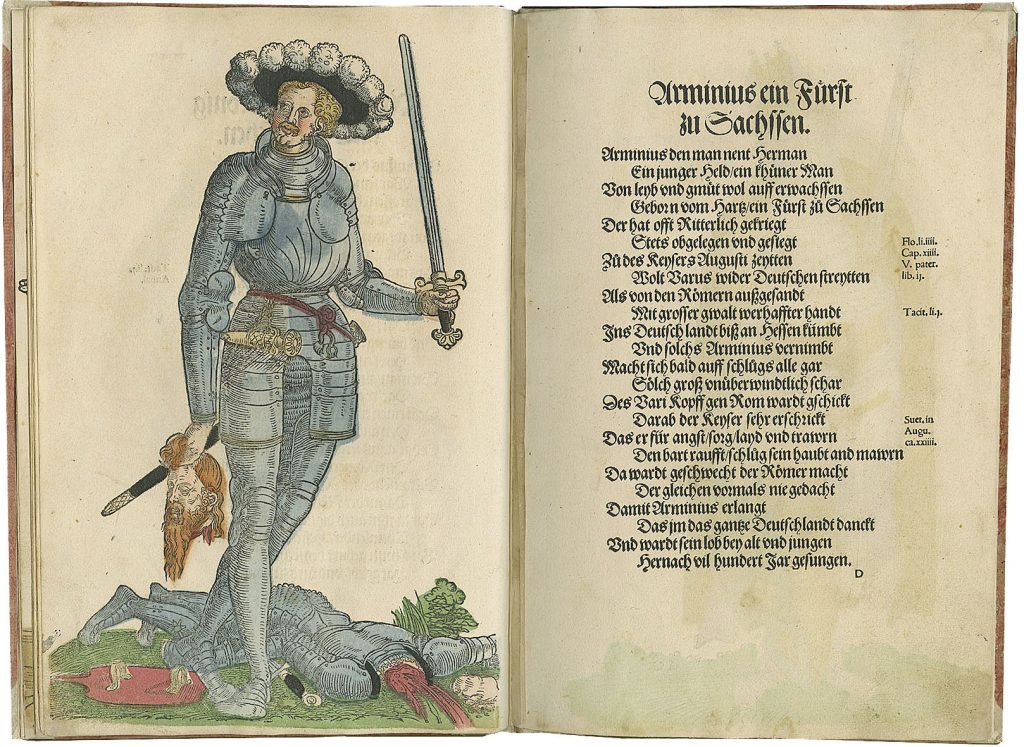 All illustrated masterprints and books are available in our gallery.
For details please visit our gallery, make a phone call or send us an e-mail.